How Many Golf Clubs in a Bag? 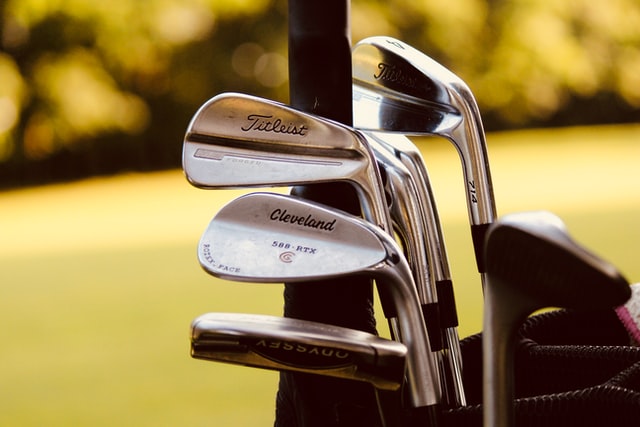 The number of clubs that a golfer needs varies, but a typical bag will have at least 12 clubs. However, according to the USGA, the maximum number of clubs allowed in a golf bag is 14.

Why is there a Number of Golf Clubs Allowed?

Golf is a game with a long history and a set of rules that are constantly evolving. One of the most recent changes to the rules was the introduction of a maximum number of golf clubs. The United States Golf Association (USGA) set the maximum number of golf clubs as 14 clubs. This change was made to help reduce the amount of time it takes for golfers to get their clubs out of their bags. It also ensures that no player has an unfair advantage and to make the game as fair as possible.

What is the Penalty for Carrying More than the Legal Amount of Clubs in a Golf Bag?

Golfers are often penalized for carrying more than 14 clubs in their bag. The penalty is typically a two-stroke penalty, but it can be as much as four strokes in some cases.

How to Put Golf Clubs in Bag?

Tip: Arrange clubs from left to right, longest to shortest.

Ultimately, The golf club order in the bag is your personal preference.

Types of Clubs in Golf Bag

Golf is a sport that requires a certain level of skill and finesse. In order to have the most success on the green, a player needs to have a variety of clubs in order to hit different types of shots. How many clubs a golfer chooses to carry is up to them, but it should not exceed the regulation number of golf clubs if playing in a tournament. Golf clubs are typically classified into four types: woods, irons, wedges, and putters.

Woods, also known as drivers, is the most powerful of the clubs and are typically used for hitting long-distance shots. Drivers are the larger clubs that are used to drive the ball, and usually have a larger head.

Irons are generally used for medium-distance shots. The clubs are numbered from 3-9 and go in order from the longest to the shortest. The angle of the iron's face is what determines the ball's trajectory and loft.

Putters are for shots near or on the green. The purpose of a putter is to produce a straight, low trajectory shot that is easy to control and put the ball in the hole. A putter usually has a heavy head, long shaft, and a flat face. The putter is used to strike the ball for the short strokes from within a few feet of the hole. The putter is arguably the most important club in the bag.

What Material is a Golf Club made out of?

How Much Does a Golf Bag Weigh?

Golf bags filled with clubs can weigh anywhere from 15 pounds to as much as 30 pounds. The weight of a golf bag varies depending on the size and the type of bag.

As you can see, knowing how many golf clubs you can carry in your bag is important, especially for tournament play. However, if you're just golfing for fun, you're free to carry as many clubs as you like. Just remember, the more clubs you carry, the heavier the bag!